KUCHING –  The Movement For Change, Sarawak (MoCS) has supported a PKR proposal to appoint Dr Syed Husin Ali as the new chancellor of Universiti Selangor (Unisel).

“Dr Syed Husin will fit in that role perfectly given his academic background. He knows what has gone wrong in our education system and is the right man to initiate reforms, beginning with Unisel if given the job,” MoCS leader Francis Paul Siah said in a statement here tonight.

Describing Syed Husin as a personal friend for the past 15 years, Siah said the former Universiti Malaya lecturer stood out as a man of great humility and compassion and “I’m sure that if he is given any public post, his only intention is to do good for his nation and people and not out to seek personal fame and glory”.

Today, a PKR Srikandi delegate has proposed that the outgoing party deputy president replace Rosmah Mansor, wife of the prime minister, as the new Unisel chancellor.

Farah Afzan Faridi, who was debating the party’s motion on education in the PKR congress, urged Selangor Menteri Besar, Khalid Ibrahim to propose the matter to the Sultan of Selangor for his consideration.

“This is a suggestion I received from Unisel students,” claimed Farah who received thunderous applause for her proposal. 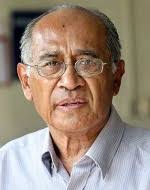 Siah said that in his many conversations with Syed Husin, he had also voiced concerns over affairs in Sarawak. “To me, Syed Husin is a genuine Malaysian patriot – a man who cares deeply for all Malaysians, including the people of Sabah and Sarawak”.

“As education forms one of the main thrusts of MoCS agenda in Sarawak, we will seek Syed Husin’s input on the matter in due course. With his retirement from PKR politics, we hope he has more time now to assist us in Sarawak.

“Education may be a federal matter but some concessions must be given to East Malaysia as some educational policies are not conducive to certain peculiarities in Sarawak and Sabah.

“For example, we cannot exert the same demands on students in Kuala Lumpur and those in Belaga, Sarawak or Kota Belud, Sabah. Once students cannot cope with the demands, they are likely to drop out and sadly, this has been going on for too long.

“MoCS maintains that educational policies should not be formulated or decided by politicians or those deeply involved in party parties but by independent educationists, academicians and men and women of vision who sincerely want to work towards a better and more refined education system for the country,” Siah added. 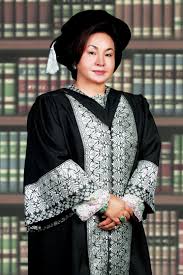 FMT reported today that Rosmah’s appointment two years ago to the coveted post came under fire from Pakatan Rakyat citing the former was ‘academically and morally unfit’ to be a role model for varsity students.

The university website also indicated that she only held a Masters in Science, where as traditionally only Doctorate holders are allowed to sit in the coveted position.

On Nov 20, Rosmah announced that she was stepping down from her position in Unisel to devote more time to her Permata Negara programme which focused on education for children five years old and below.

The state ruler, Sultan Sharafuddin Idris Shah had since consented to her resignation.

Syed Husin is currently a member of the Malaysian Senate.

This entry was posted in Education, MoCS News. Bookmark the permalink.