What! Anwar the messiah?

That was one of the things that worried me – to be raised to the position of a semi-god – because then you are no longer a human being. I wanted to be known as Mandela, a man with weaknesses… – Nelson Mandela

The people of Burma are like prisoners in their own country, deprived of all freedom under military rule. – Aung San Suu Kyi

EDITORIAL Make no mistake about it: God did not send Anwar Ibrahim to this part of the world to be our saviour. Anwar was not the “son” who would come and deliver us from the clutches of an evil ruler who had deprived the country of all freedom. No.

The Almighty Creator certainly did not have in His grand scheme of things to put on earth a man by the name of Anwar to lead a country called Malaysia to a better future. It is shocking that the wife of the opposition leader could come up with something like a divine mission for her long-suffering husband. Telling Malaysians that God has indeed chosen Anwar to lead his flock to Putrajaya is assuming that the level of political intelligence of the citizens is near zero.

A leader is a combination of strengths and weaknesses. He is first and foremost a human being. He is a bundle of passion, baser instincts, noble feelings, demonic urges – a mixture of saint and devil. It all depends which side of him eventually triumphs: if he can overthrow the devil in him, he can truly become an outstanding leader – even a saintly ruler – in the field of politics. If the Prince of Darkness is the victor, he will surely be a monster who will bring untold misery to his people. Holy or profane, a leader is still a man who harbours weaknesses just like the populace. But how are the common people to know that someone in their midst will one day steer them to the promised land? 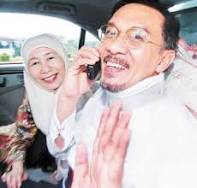 Surely Dr Wan Azizah Wan Ismail did not have a dream in which a Voice told her Anwar is the chosen one. That will be too far-fetched. An inspiration? Unlikely. So how did the leader of a trouble-plagued party come to the amazing conclusion that her other half is God’s gift to Malaysians? True, Anwar endured long years of hardship at the hand of a system that many believe is unjust and cruel. A large segment of the population do sympathise with his predicament. Still, his struggle does not make him a celestial figure. It is hard to picture him as the one and only guiding star for the people. It is even harder to imagine a halo around his head.

Malaysians have become a discerning lot. They are unlikely to buy the story that Anwar is a God-send or that what Wan Azizah said was gospel truth. They have a mind of their own and can weigh for themselves the worth of a leader. They acknowledge that Anwar is a powerful politician, but they will not go to the extent of placing him on the same pedestal as Nelson Mandela or Aung San Suu Kyi. Mandela endured almost 30 years of prison brutality for fighting against apartheid. Suu Kyi spent 15 years under house arrest for standing up to the military rulers. Both were potent symbols of resistance against harsh governments. No one in their country shouted from the pulpit that the “Black Pimpernel” or the “Iron Lady” was chosen by God from a list of mere mortals to lead the struggle. People saw their merits – their humility, their common touch, their frailities, their strengths – and went along with them. One eventually walked to freedom and with him the whole of South Africa. The other was released but still has a long way to liberty. 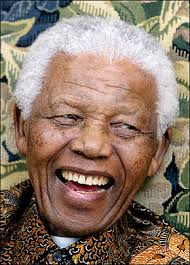 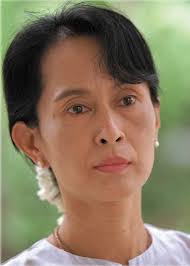 But Anwar is fighting more for himself to stay afloat than marching at the head of an army of the faithful to the seat of power. His personal troubles cannot, by any stretch of the imagination, be turned into a war cry of the people for freedom. The conditions that existed in Mandela’s South Africa during his long imprisonment ideally made him the standard-bearer for the overwhelming majority of the oppressed black. In Burma, the ruthless junta had turned Suu Kyi into the favoured champion of the people. There was no hint that God played a crucial role in their long, bitter struggle. They are mere mortals but what make them rise above the common lot are their impeccable moral credentials. Against the moral weapon of Mandela, the edifice of racism crumbled. Against the virtuous Suu Kyi, the generals continue to shake in their uniforms.

Does Wan Azizah want to strike the fear of God in the people so that they will ran helter-skelter to Anwar? This is unnecessary. Such tactic only breeds cynicism. It is counter-productive. It will only drive people away. No mere mortal can invoke God and expect Him to come down on his or her side. The Great Maker is above the fray. He gave Man the freedom to act on their own. In them rest the power to make their own choice. The choice for Malaysians is clear-cut: either support Anwar warts and all or drop him for a better messiah. They need not have to wait for divine instruction. – FMT

This entry was posted in Pakatan Rakyat, PKR Updates. Bookmark the permalink.

2 Responses to What! Anwar the messiah?