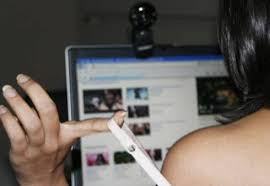 MALACCA- The business has been around for a while but thanks to the Internet and social network, it is now easier for undergraduates to prostitute themselves to holidaying foreigners.

A 21-year-old student from Ipoh is one such undergraduate. The student, who calls herself “Dark Angel”, confessed that she attracted clients by posting photographs of herself in revealing outfits in a website which offered escort services.

She said she found out about the site when she typed “part-time work for students in Malacca”.

Dark Angel decided to sign up to the site and she was connected to foreigners seeking such holidays in Malaysia.

“I have been doing this for a month to earn additional income and settle my debts,” she said, adding that many of her varsity mates were also doing this.

Dark Angel revealed to The Star her modus operandi in meeting her clients.

She would leave her apartment in Malim here and take a taxi to a hotel in Melaka Raya to “escort” a rich foreigner.

“Last month, I met a Middle-Eastern looking man in Melaka Raya. We went for a shopping spree and he treated me to an expensive meal,” she said.

“Then we went to a luxury hotel and I had sex with the man who was about 40 years older than me.”

Malacca Anti-Vice and Gambling task force chief Datuk K. Basil said most of the girls needed the money to maintain their lavish lifestyles.

The fact that the whole process is available online has resulted in a rising number of undergraduates offering their services, he said, adding that the clients were mostly rich, middle-aged Middle Eastern men. – The Star