Where in the world is Jho Low? 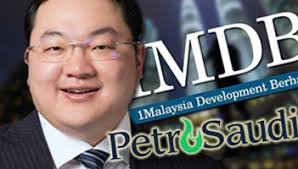 Flamboyant billionaire Jho Low is back in the spotlight as the police zoom in on his alleged ties with the now-defunct company Good Star Ltd.

However, the 35-year-old jet-setter has been shying away from the public eye for almost a year.

Even his charitable organisation, Jynwel Foundation, has been silent since June 26 last year. This was just a week before The Wall Street Journal broke the news that RM2.6 billion had been found in Prime Minister Najib Abdul Razak’s personal bank accounts.

Jynwel Capital – the Hong Kong-based investment firm where Low is co-founder and CEO – has also been similarly quiet.

Although Low’s company is based in Hong Kong, he is said to be in Taiwan.

Taiwan’s relative lack of mutual legal assistance treaties and extradition treaties have given rise to speculation that this is a boon for a person alleged to have been involved in the 1MDB scandal.

Nevertheless, such speculation have not been verified, although this has not deterred one DAP parliamentarian from seeking Taipei’s help to track down Low last year.

In any case, Taiwan does have a mutual legal assistance treaty with one of the countries probing the 1MDB scandal – the US.

Low – whose full name is Low Taek Jho – was a key player in the founding of 1MDB’s predecessor, the Terengganu Investment Authority (TIA). Reuters recently quoted persons with knowledge of investigations confirming earlier allegations that Low was the sole owner of Good Star.

In 2009, 1MDB sent out about US$1.03 billion, meant for its then business partner PetroSaudi International (PSI), but the money was diverted to Good Star.

The government had insisted that Good Star was a PSI subsidiary, while Low had denied links to Good Star.

Following the Reuters report, inspector-general of police Khalid Abu Bakar confirmed that the police would be investigating the alleged links between Low and Good Star.

Meanwhile, the luxury yacht widely believed to belong to Low was last seen docked at the Pacific island nation of Palau on April 5 this year, according to the website Marine Traffic.

In December last year and February this year, a user at the website ShipSpotting reported sightings of the yacht in Auckland, New Zealand, where it had supposedly undergone repairs. The vessel’s presence in Auckland was also highlighted in the Facebook group ‘Superyachts in Auckland’.

However, establishing whether there is truth to the rumours that Low actually owns the yacht ‘Equanimity’ proved to be more challenging.

On paper, the ship belongs to Equanimity (Cayman) Ltd. Secretive company laws in the Cayman Islands make it virtually impossible to determine the company’s owners through publicly available records.

Various marine enthusiast websites point to Low as the vessel’s ultimate owner, as do reports carried by whistleblower website Sarawak Report. However, some websites also speculate that the vessel is actually owned by Do Won Chang, the founder of South Korean fashion retail chain Forever 21.

One such website, SuperYatchFan, claims to have even received a message from Low’s lawyers denying that Low is the yacht’s owner, although it states that he is still a more likely candidate for the yacht’s owner than Chang.

Determining whether Low is on board the luxury yacht during all these sightings is even more difficult. – Malaysiakini