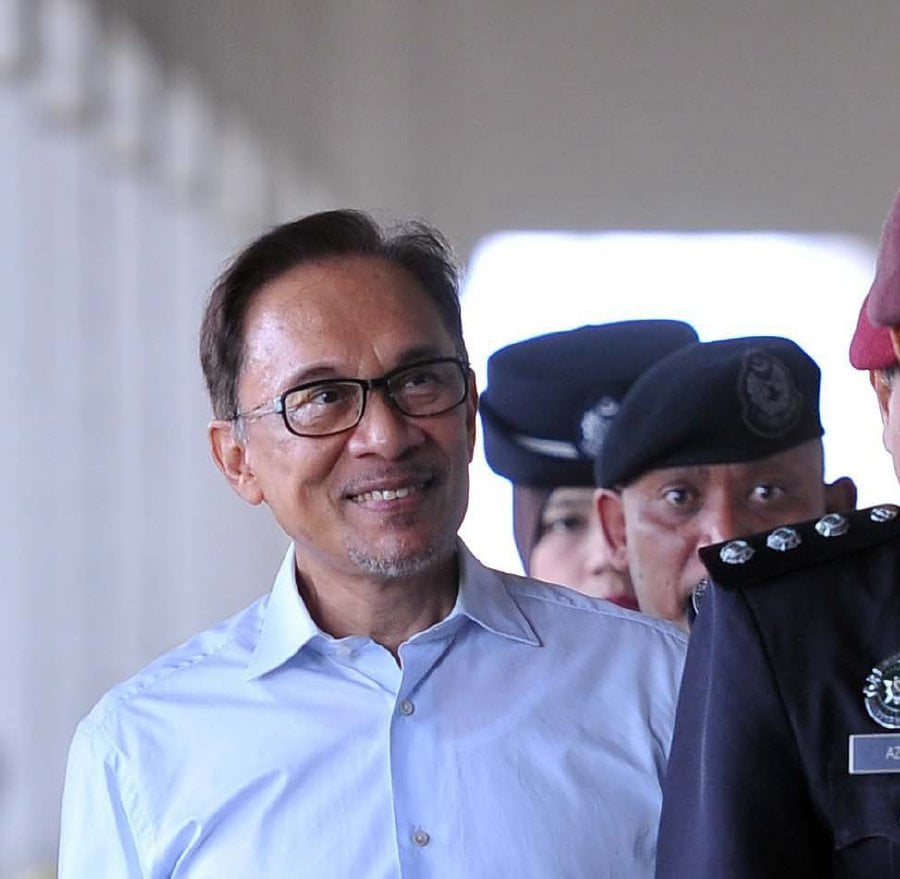 KUALA LUMPUR: Datuk Seri Anwar Ibrahim has confirmed that the country lost between RM15 and RM30 billion in the foreign exchange scandal in the 1990s.

In a statement sent by PKR’s communications unit yesterday, the former deputy prime minister, who was also the finance minister then, claimed that he had on April 20 informed the special task force set up to probe the losses that this was the final estimated losses.

Anwar, who said he had chosen to voluntarily cooperate with the task force as he was Finance Minister from 1991 to 1998, also claimed that former Bank Negara Malaysia assistant governor Tan Sri Nor Mohamed Yakcop did not provide a complete report on the billions of ringgit in forex losses suffered by the central bank in the 1990s.

Anwar claimed that the then central bank’s governor Tan Sri Jaafar Hussein admitted to him that Nor Mohamed was identified as the officer responsible at the time.

“Jaafar was not provided with the complete information and he then accepted Nor Mohamed’s resignation.

“Jaafar then accepted responsibility (for the losses) and while I acknowledge his integrity, I believe he was not provided with the complete information by Nor Mohamed,” he said, adding that he had given this statement to the task force chaired by Tan Sri Sidek Hassan.

Anwar said when he was imprisoned in September 1998, Nor Mohamed was then appointed as economic adviser to the Prime Minister.

“Even more serious, he (Nor Mohamed) was appointed as Second Finance Minister in 2008 which was against a condition set in 1998.”

He said the Finance Ministry had set a condition that Nor Mohamed cannot be involved with any of the country’s financial institutions after his resignation.

He claimed that Zain Azraai had said since 1989, the US Federal Reserve, the Bank of England and the International Monetary Fund had informed the central bank that its involvement in forex trading was worrying.

In a subsequent briefing, Anwar claimed that Jaafar however denied Bank Negara’s involvement and stressed that BNM was only in the activity merely to defend the ringgit in the market.

He claimed that problems arose circa 1991 and early 1992 in the Zurich markets as highlighted by international media and Jaafar was again notified of the activity.

It was then, he claimed, that Jaafar gave a statement notifying that the managing director at the time at BNM was Nor Mohamed.

“During the tabling of a preliminary draft audit in 1991, the Treasury started to express its concerns. Jaafar admitted that the amount involved was bigger than earlier expected.

“However, the Finance Ministry and I were not informed over the matter and the governor explained to me that the matter was a loss on paper.” An order to stop the forex trading was issued, he claimed.

Anwar claimed it was clear that in 1992 and the subsequent years, the activity continued and the losses at the time were estimated to be at between RM9 billion and RM10 billion.

He claimed that Jaafar’s successor Tan Sri Ahmad Don, who became governor in 1994, stopped the activity and the central bank started to compensate for the losses at around RM500 million a year.

Anwar however said BNM’s management became efficient and upgraded with more orderly policy reports submitted to the finance minister after that.

“Total losses were estimated to be at around between RM15 billion and RM30 billion subject to BNM’s auditing standards as well as making notes on ‘contingency fund’, ‘reserve fund’, ‘insurance fund’; cost to curb inflationary pressures as well as to defend the ringgit,” he claimed.

However, attempts to get Nor Mohamed for comments were unsuccessful.

The government had set up a task force to probe BNM forex losses on March 14 this year.

It is led by former Chief Secretary to the Government Tan Sri Mohd Sidek Hassan and assisted by a six-member team.

It will investigate whether there was any action to cover up the losses, and whether misleading statements on the matter were presented to Parliament.

The task force will then submit recommendations on further action to the government, including the establishment of a Royal Commission of Inquiry, if necessary, based on the results of the investigation. – New Straits Times