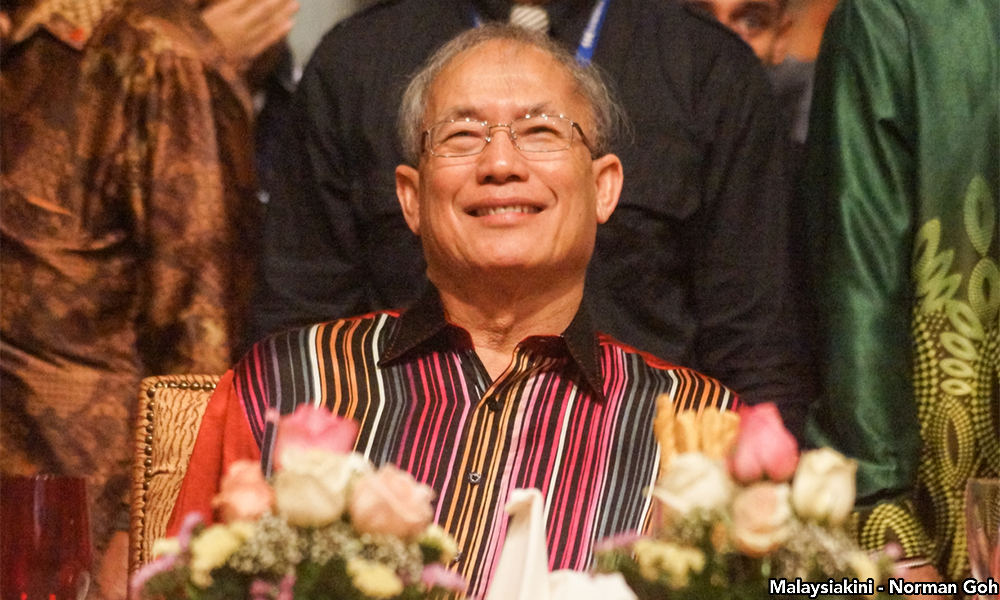 COMMENT | Let me begin by being fair to Human Resources Minister Richard Riot Jaem, following the arrest of his political secretary on Wednesday by the MACC.

It is wrong to assume that Riot has a hand in the case involving his political secretary who was arrested under Section 17(a) of the MACC Act 2009 for allegedly receiving bribes involving RM40 million from a government-linked company under the ministry.

Surely, we are all aware that a minister is a very busy man. It is impossible for him to keep tabs on every single staff member in his ministry and what they do every day. It wouldn’t be fair to blame the minister if one or two of his subordinates are up to no good.

Riot’s detractors have claimed that it would be impossible for the minister not to be aware of his political secretary’s alleged involvement in a huge RM40 million bribery scandal. Now, it is up to you whether to believe such an insinuation or not.

Riot is the MP for Serian, a Dayak-majority constituency just an hour’s drive from Kuching. His political secretary is also from the same district.

It is true that one does not bask long in glory in politics. One day, you will be soaring and the next, you will be brought down to your knees. Riot’s political secretary’s arrest is a testament to this.

This case may affect the political career of the political secretary directly and his minister indirectly but the real political damage will be felt by the Sarawak United Peoples’ Party (SUPP) for a long time to come. Riot and his aide are SUPP’s representatives at the federal level.

SUPP is Sarawak’s oldest political party and this is the first time that the party’s representatives at the federal level have been embroiled in a major scandal.

SUPP joined the Sarawak Alliance in 1970 to help form the state’s first coalition government. There was no Barisan Nasional then. The SUPP president then, the late Ong Kee Hui, was the first from the party to be appointed as a federal minister. This was followed by the late Stephen Yong, then Law Hieng Ding and Peter Chin.

For more than four decades, these four federal ministers from SUPP who were tasked with helming the Science, Technology and Environment Ministry came out with a clean slate.

“There were no scandals of any kind. They were clean, so were their political secretaries. They performed their duties as ministers and then retired.

“Then came Richard Riot and his political secretary and we now have to deal with this major bribery scandal. This should never happen. It is a big slap in the face for our party,” a senior SUPP leader fumed when asked for his comment on the arrest yesterday.

Whatever it is, let the MACC investigate and it is only fair to pass judgment after the truth is known, he added.

Now, SUPP has valid reasons to be worried. The damage is already done. The party is not what it used to be. In the good old days, it was the second biggest party in Sarawak and was entitled to a deputy chief minister’s post. At the federal level, the party was represented by a full minister and two deputy ministers.

Today, current SUPP president Dr Sim Kui Hian holds the only full ministerial position in the state. And Richard Riot, the deputy SUPP president, is the sole surviving MP of the party.

In fact, Riot should thank his lucky stars (or whichever way one looks at it) that his party colleague and long-time federal deputy minister Yong Khoon Seng lost his Stampin seat in the 2013 general election.

I can recall that in campaigning for Yong in Stampin that year, Prime Minister Najib Abdul Razak personally announced that Yong would be appointed a federal minister if he wins. Yong’s loss is Riot’s gain.

But Riot deserves credit too. He has a high profile in constituency service and is a very popular figure in Serian. This is his fifth term as the MP for Serian.

When one joins a party just for a position, this leaves his loyalty towards the party and his sense of responsibility as a party representative very much in doubt.

Indeed, SUPP should do well to vet their people carefully first before offering them important public posts. This should be on the agenda of the party’s next central working committee meeting.

SUPP has to embark on some serious damage control urgently. This incident has badly dented the party’s image.