Let’s close the ‘Allah’ chapter and move on

Posted on November 3, 2017 by mocsarawak 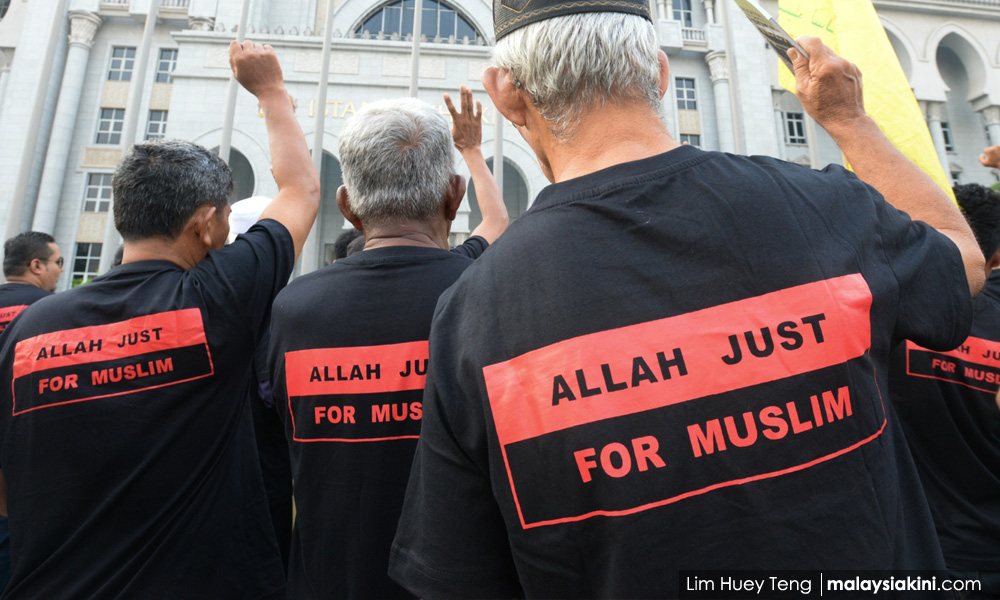 COMMENT | I have written many articles regarding the Allah issue since it first surfaced a decade ago. It seems that the subject does not want to fade away.

Now, I wish to ask whether this long-running saga over the usage of the word “Allah” has done the people and nation more harm than good. The answer is obvious.

The issue has torn Malaysians apart. It strikes at the very core of what we, Malaysians, have long cherished – our precious religious tolerance and harmony, one that has long been talked about and greatly admired by others.

Let’s be honest about what’s going on and do some straight talking. We have heard enough about the arguments from both sides – constitutional rights, freedom of religion, the exclusive name of the Muslim God, Christians should use “Tuhan”, et cetera – both within and outside the confines of the court. 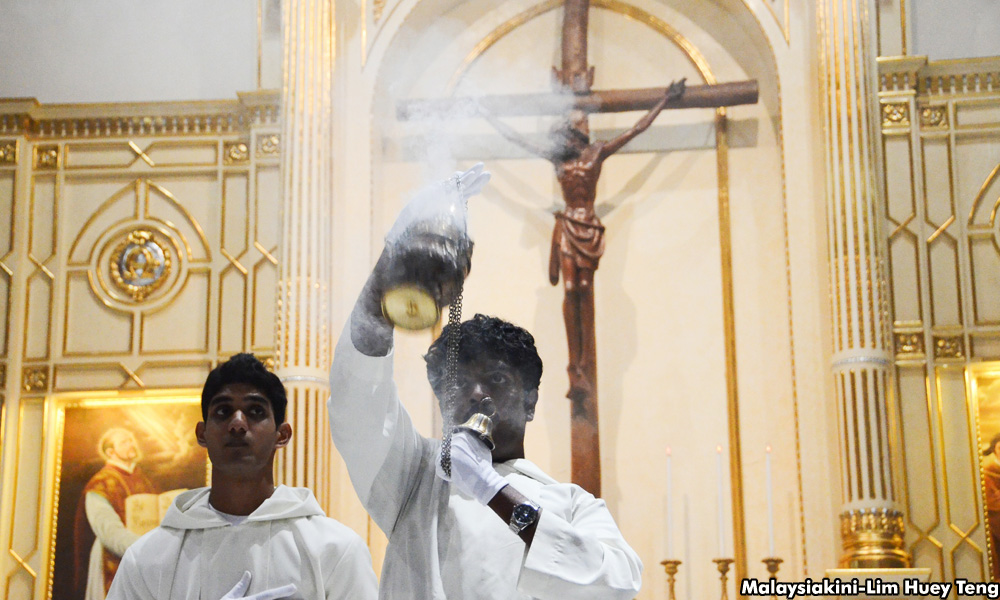 These arguments have been repeated so many times over the years that they now sound kind of boring to many, myself included. I would love to hear new and fresh points on the debate, but there are none.

At the end of it all, I think we have to concede that what this is all about is a petty quarrel between Muslims and Christians in Malaysia. Others may disagree that this is a serious issue and not petty. But it is to me.

Why do I think so? Because I believe that other than Muslims and Christians, Malaysians of other religious backgrounds are not bothered at all.

Then again, I doubt I’m wrong in saying that only a small group of Christians and Muslims are concerned or involved in the debate over the Allah controversy.

To the majority, there are other more important and pressing matters at hand. For them, this Allah issue is irrelevant.

Then again, who decides which side wins in this hue and cry – a few men and women who sit as judges in our court of law? A case of men playing God! However, this is the law of the land and, like it or not, we have to accept their verdict.

Oh, how I cherish and adore these words of former Sarawak Chief Minister, the late Adenan Satem (photo) when he weighed in on the matter in 2014. 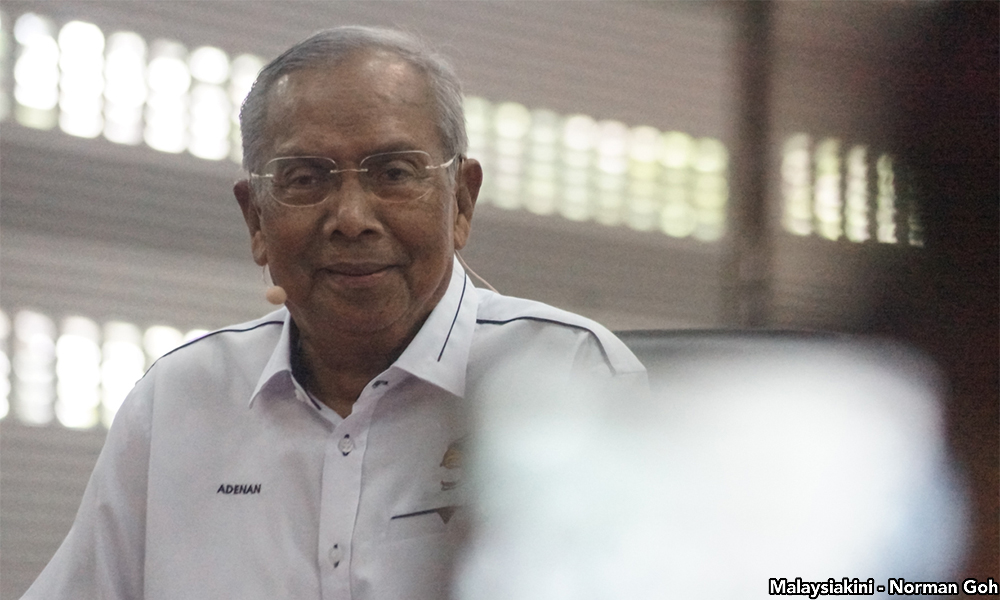 “The people of Sarawak can use “Allah” however, whenever and wherever they want. In Sarawak, we don’t have a problem. It’s an issue created by those in Semenanjung and that’s their problem. Who am I to decide how people should call their God. I am not God!”

Those who knew Adenan well are aware that he never mixed religion with politics. For Sarawakians, those were words of wisdom and great faith indeed from a true Muslim leader!

When the foreign media mocks our pettiness and stupidity because we have been quarrelling for years over a mere “word”, all of Malaysia, Muslims and Christians in particular, must surely bow their heads in shame.

I, too, am guilty. So I, too, must bow my head in shame. I had spoken out and participated in the heated debate as well.

In 2013, I angrily ticked off Perkasa president Ibrahim Ali (photo) when he called for the burning of the Malay version of the Bible. 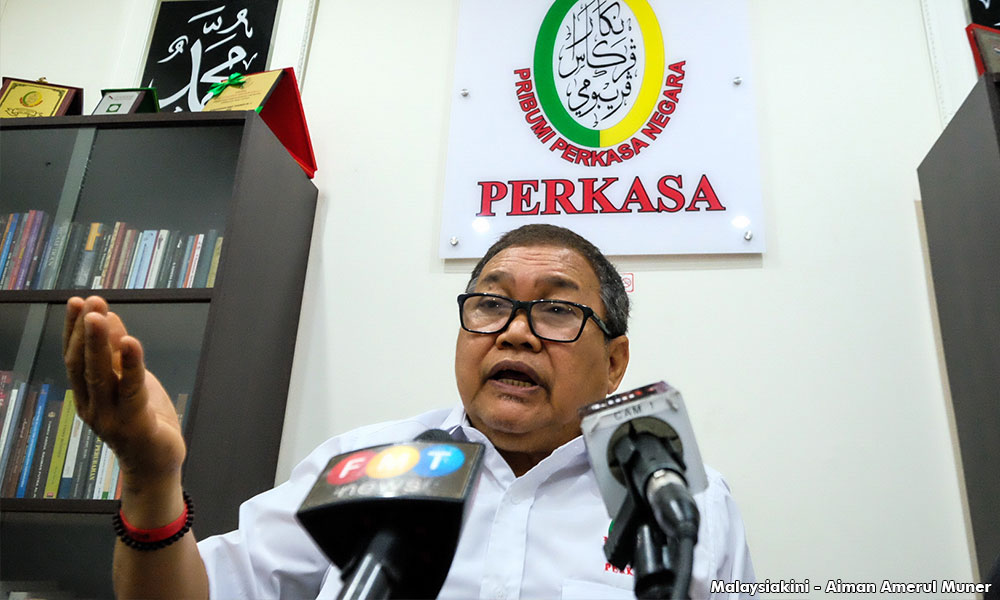 I had issued a statement, as head of the Movement for Change, Sarawak (MoCS), that “Sarawakians want no part in this heated quarrel over the Allah issue”.

“The people of Sarawak have no religious or racial problems and we don’t wish to be contaminated with ‘religious poison’ from bigots and ‘dangerous’ politicians like Ibrahim Ali from Malaya.

“MoCS has always maintained that Sarawakians are a different breed and our racial and religious harmony is genuine, unique and not hypocritical,” I said.

My statement was carried by several news portals and local newspapers in Sarawak.

I was very disappointed then that the authorities concerned had allowed the vocal Ibrahim Ali to get away scot-free for uttering such inflammatory remarks.

Today, four years later, I’m glad to learn that Ibrahim Ali has somewhat mellowed. Perhaps that has something to do with his health scare and his surgery at the National Heart Institute. I wish him the best of health and all the goodness that life can offer.

It has been more than two years since the Catholic Church lost its final appeal on its use of the word “Allah” in the Malay language section of its newspaper, The Herald, bringing to an end a protracted legal battle over constitutional rights.

Things were quiet again until Oct 19 this year, when the Jill Ireland case came up in the High Court in Kuala Lumpur. Here, we heard the same old arguments being played up again by her lawyers. 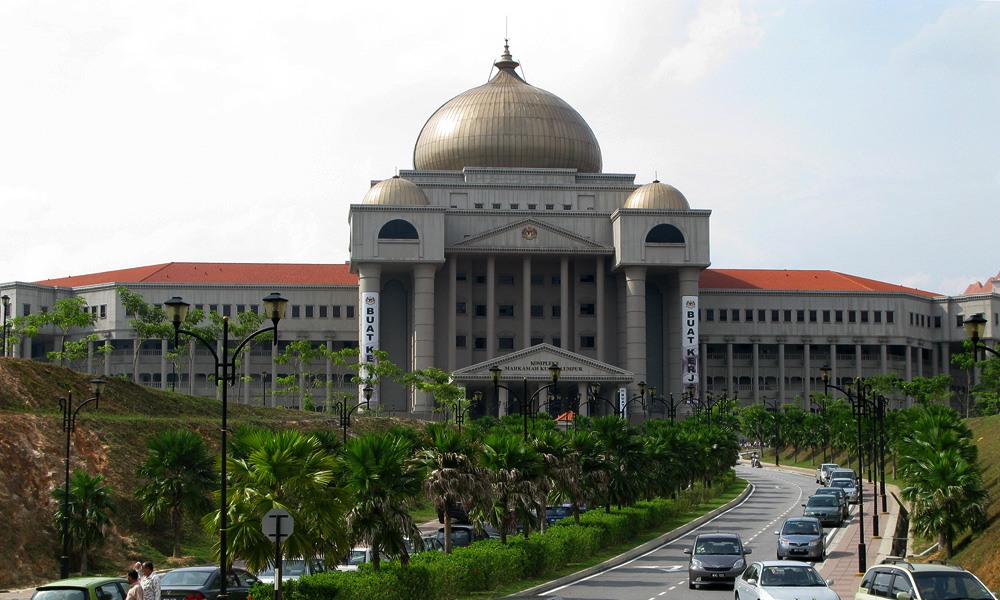 Jill Ireland, my fellow Sarawakian, is seeking two court orders. This includes a declaration that it is her constitutional right to have access to Christian publications in exercising her right to practise a religion and right to education, as provided for by the Federal Constitution’s Article 11 on the freedom of religion.

She is also seeking a court declaration that the Constitution’s Article 8 guarantees her equality before the law and protection from discrimination on grounds of religion in the administration of law – specifically the Printing Presses and Publications Act 1984 and the Customs Act 1967.

Jill Ireland is also asking the court to declare the Home Ministry’s Dec 5, 1986, circular to ban the word “Allah” in Christian publications as unconstitutional and unlawful. She is arguing, among other things, that the government has failed to prove that such use of the word “Allah” is a threat to public order.

I admire this great courage of a fellow Sarawakian. She is a woman of true grit and, I believe, a strong Christian as well.

However, after having followed the court proceedings on The Herald case over the years, I can somehow sense what’s coming. I’m sorry I have to say this – I think that Jill Ireland’s case is another exercise in futility.

So where do we go from here?

I think there is only one direction to go – let’s move on.

As a Catholic, I personally don’t think I need to use Allah at all because there are other names to call my God, such as “Lord”, “Father”, “Master”, “Saviour”, “Yahweh”, “Messiah” and “Tuhan”.

But I’m sure that my Bahasa-speaking brethren will disagree with me. That is understandable, of course.

Let me repeat myself. I’ve decided not to let others make any decision for me as far as my faith is concerned. It is something personal between me and God.

In resolving this dispute, one side has to shut out the negatives of the big brother-small brother relationship, dominance-subservience relationship, the bigotry and the flexing of the political muscle. It is an ungodly act if we pretend to “protect” God when the true intention is something else. 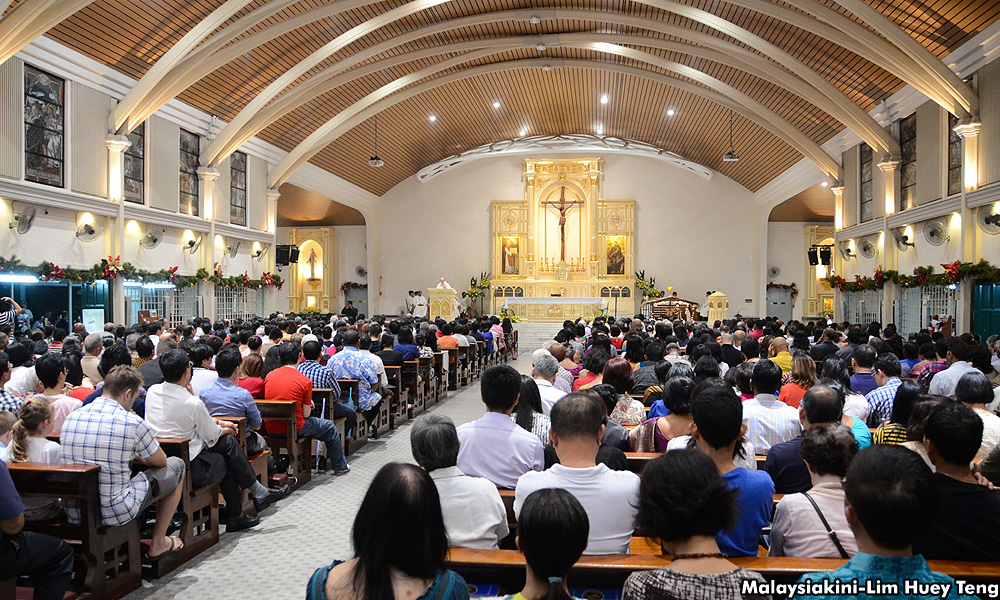 As a Christian, I must be mindful that the only way to be better, rather than bitter, is to extend to others the same grace, love and compassion that God extended to us.

I’ve decided that this will be my last article on the Allah controversy. I have no desire to partake in it anymore, both as a writer and as an individual. Let me then end this with a final appeal.

After the Jill Ireland case has seen its days out in court, can we all, Muslims and Christians alike, close the “Allah” chapter for good and move on, please?