Why I’m impressed with Rafizi Ramli 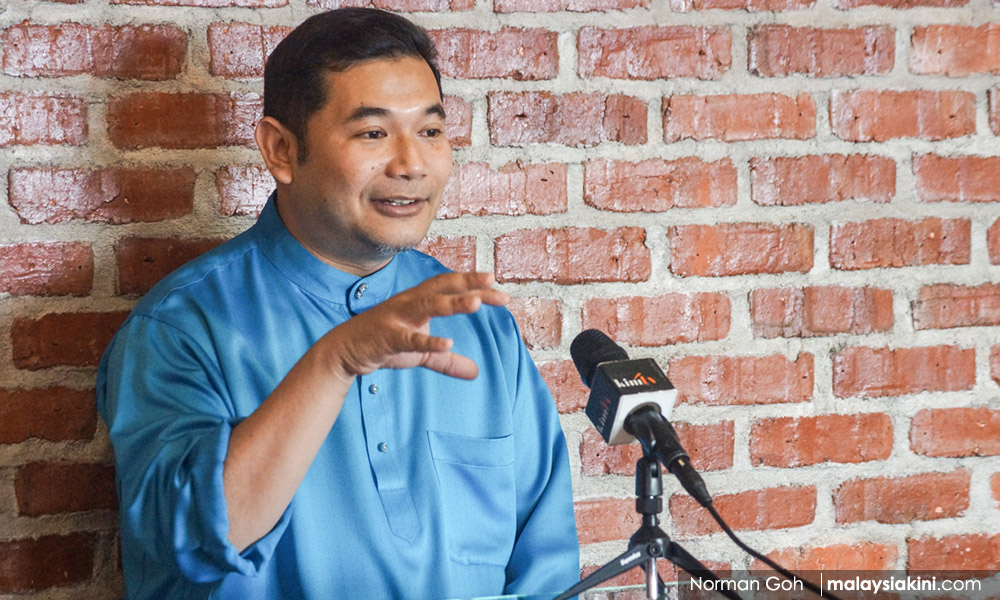 COMMENT | I like Rafizi Ramli. I must say that I’m quite impressed with him and his work. He is a diligent and courageous person and really works hard as a parliamentarian.

He is also not your typical boring MP but one who regularly comes up with new ideas. And Rafizi does not only talk. He is a doer. He dares to implement his ideas and set his plans in motion.

Lest Rafizi’s detractors and political enemies think that I’m heaping praises on a friend, let me state here that I do not know the young Pandan MP personally. I have not even met him.

I was actually invited by a PKR friend to attend Rafizi’s Invoke event last Friday, but I could not make it. Otherwise, I would have seen Rafizi in action for the first time and possibly posed a question or two to him from the audience.

However, watching Rafizi from afar, I feel he certainly deserves the accolades from many who are appreciative of his dedication to duty but more importantly, his sincerity and honesty in living up to his pledge in serving the people.

Those who know the young MP well are saying that he is a man of honour and integrity. I suppose they are right. 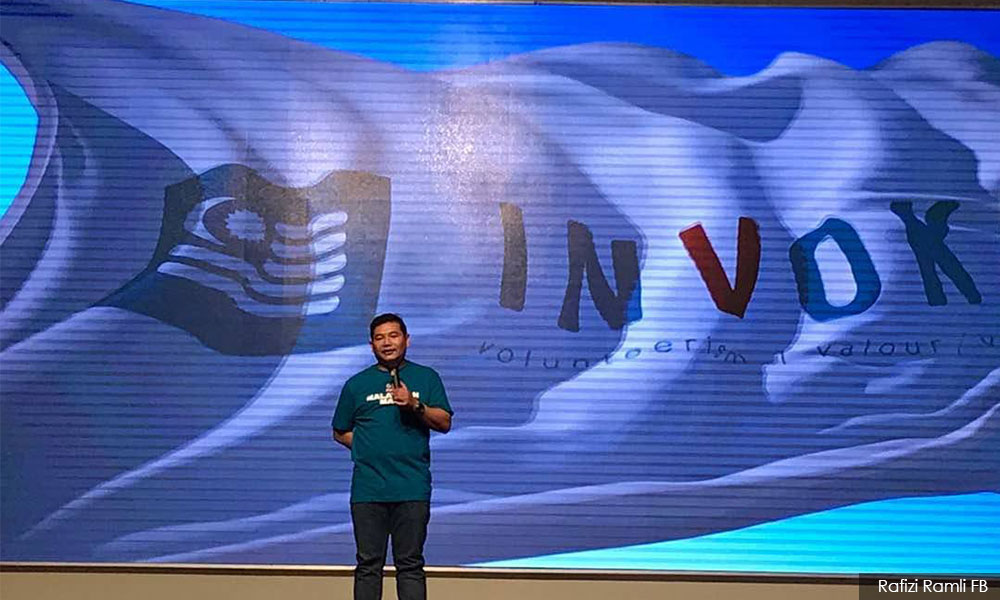 I have been watching Rafizi closely since he announced the establishment of his “baby”, Invoke Malaysia, about two years ago.

Honestly, there are not many young politicians in our midst I would bother to take a second look at these days. At least, not in the same fashion as I would observe what French President Emmanuel Macron or Canadian Prime Minister Justin Trudeau would say or do.

These two are of the younger set of leaders to watch on the world stage. They are powerful, vibrant and energetic personalities and certainly interesting to watch.

Rafizi had explained Invoke’s mission clearly – one of which is to ensure fair competition in the political process – and this was something new and exciting to many. In a nutshell, Invoke Malaysia is a big data, media and election machinery.

Most of his workers and volunteers are young people who have been knocking on doors throughout the country to get their message across.

I’m impressed that Invoke surveys were able to garner a whopping number of 100,000 respondents or more. This is truly amazing when surveys done by other think-tanks only involve some 2,000 respondents at best.

But there was more from the Invoke founder. When Rafizi announced that he was funding Invoke with RM800,000 of his savings, you can immediately tell that this man was serious.

He knows that what he has set out to do requires money and he is prepared to sacrifice first. This is leadership by example and Rafizi has set the bar very high.

In my previous article, I’ve broached the subject of election funding and said that if the well-to-do former Umno bigwigs in Pakatan Harapan are not prepared to fund the opposition coalition with their fortunes, then they can kiss GE14 goodbye.

If the coming election is all about a “To Each His Own” saga, meaning that the wealthier candidates only look after themselves and fund their own campaigns without helping out their colleagues’, GE14 is a sure goner for Harapan.

Pension is only a bonus

That is why I’m saying here that Rafizi has been exemplary. Now, I do not know Rafizi’s background or the financial status of his family. But RM800,000 is a lot of money and I’m not sure many politicians, young or old, are prepared to emulate Rafizi’s sacrifice.

Allow me another round of real, honest talk. Many, if not all, politicians, from BN or Harapan, are in politics because there is financial security if one is elected to public office. All elected representatives receive a pension for life after serving a term as MP or state assemblyperson.

For BN representatives, the pension is only a bonus. Most would be well-endowed by the time they leave office. 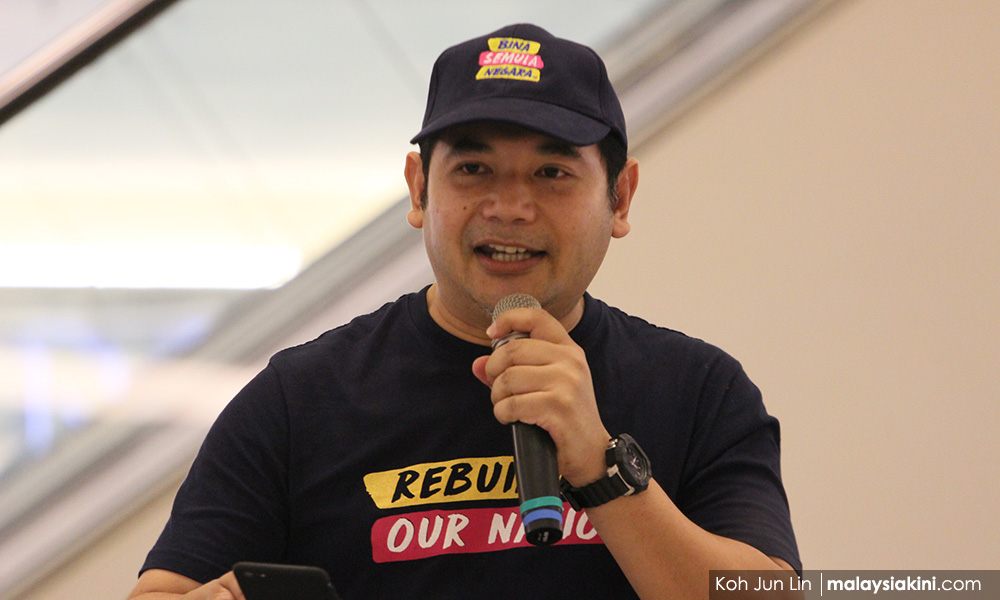 Now, how many of those who have benefitted from holding public office in the past are prepared to go all out to help their former party colleagues financially? I doubt I will be able to find many Rafizi Ramlis out there.

The Invoke chief slave-driver and fundraiser has also announced that he would not be contesting in GE14 because of his legal issues. Yet Rafizi is going all out to ensure victory for his Harapan colleagues. This is a most unselfish and gallant act!

One final noticeable positive trait about Rafizi – he has not made any negative public statements about his so-called political enemies, if indeed he has some, within his own PKR. He is said to be linked with a certain camp in his party.

I doubt Rafizi is a person who will stoop that low to lash out at anyone and certainly not at those within his party, in the pursuit of his personal agenda.

The Pandan MP is bigger than that, and despite his youth, his clarity of vision plus his wisdom and charisma are his biggest assets.

Rafizi will have to sit out GE14. While we will miss him in Parliament, I’m sure he will soldier on in other capacities, either in the political arena or elsewhere.

Let me share this quote with Rafizi from Brazilian novelist Paulo Coelho,

“Everybody is a political person, whether you say something or you are silent. A political attitude is not whether you go to Parliament; it’s how you deal with your life, with your surroundings.”

So kudos to you, Rafizi Ramli. Keep up your good work.