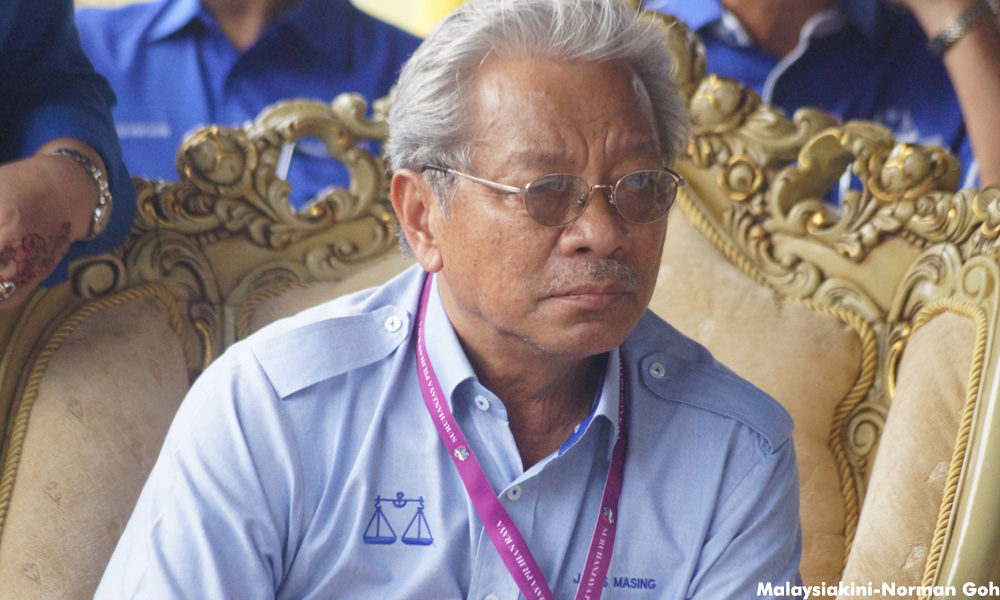 Sarawak Deputy Chief Minister Dr James Jemut Masing has been demonised by many after a local Sarawak daily quoted him as saying that the state government should use up its RM31 billion reserves before the next state election, due in 2021.

But did he actually say that?

“Of course not. Do you think Masing is an idiot? Because only an idiot will make such a ludicrous statement”, Parti Rakyat Sarawak (PRS) secretary-general Joseph Salang told Malaysiakini today. Masing is PRS president.

He explained that at the party’s thanksgiving dinner held in Kuching last Sunday evening, Masing was speaking in Iban and English and “it was clear to those of us who understand both languages what he actually meant”.

“Our party president said that the state’s reserves should be used to carry out infrastructure works for the benefit of the people, particularly those in rural areas”, Salang said.

He detailed what Masing, also Sarawak’s infrastructure minister, said in his speech: “We need to help them now because if we don’t, the government would be blamed for ignoring their pleas for help.

“Therefore, it only makes sense for the state government to use its reserves to help the people now. Many areas are still without electricity, piped water and other basic amenities. Many rural schools are also in a dilapidated condition and we also need to construct proper roads in some areas.

“If we do not help them now, we might face difficulties in winning the next state elections. When the new government takes over, the reserves will also be used by them for the benefit of the people. So, why not use it now?

“Using the money to develop Sarawak would help win over Sarawakians, leaving the opposition without any issues to use against the GPS government. That would also help ensure that GPS stayed in power”.

Salang said it was unfair for the newspaper to take Masing’s speech out of context, reporting that the minister wanted the state government to use up all its RM31 billion reserve.

“That is impossible as it is not all in cash but in fixed assets too. How could it be possible for the minister to suggest using up all the state’s reserves”, Salang asked.

The PRS secretary-general also took PBB vice-president Abdul Karim Hamzah to task for suggesting that PRS changes its president if Masing was not confident of winning the next state election.

Salang said Karim’s statement was an intolerable affront on a cabinet colleague which PRS abhors.

“As a minister, Karim could easily have spoken to Masing or to PRS on the matter instead of going to the media to attack our party president”, he fumed.

We hope this is the first and last time we would hear of such a confrontational statement from a PBB leader against our party, Salang added. – Malaysiakini