The real reforms we expected in 100 days 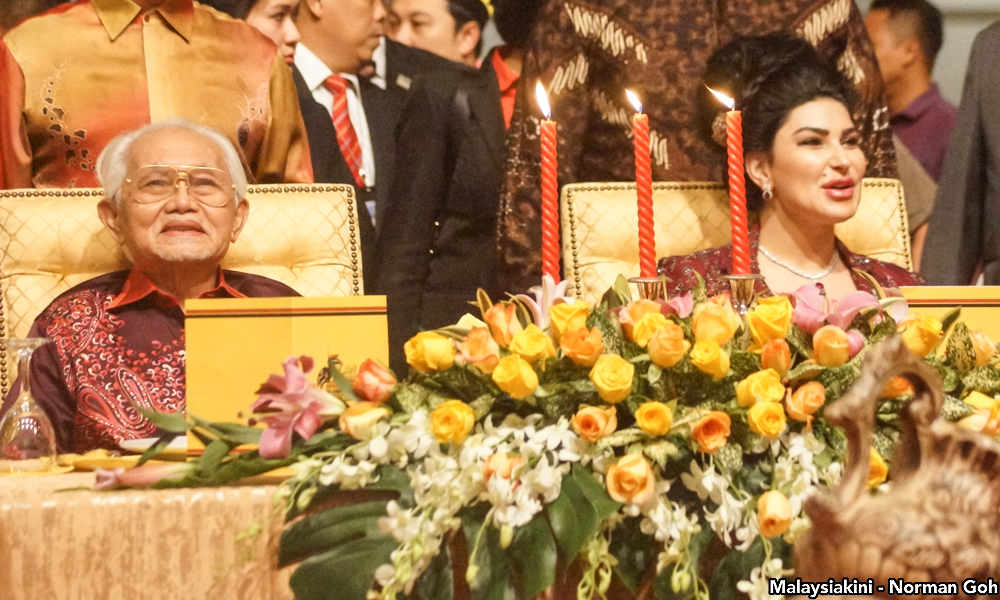 COMMENT | The Pakatan Harapan government had pledged to wipe out kleptocracy, a promise that was key to its victory in the 14th general election.

But so far, they have disappointed the people of Malaysia, especially Sarawakians who have seen the wealth of their state sucked dry by the rapacious greed of the kleptocrats in the state.

The Harapan government has not yet acted to make governor Abdul Taib Mahmud declare his assets and that of his spouse and family.

Harapan has shown us that where there is a political will in getting to the root of the 1MDB scandal, there is a way to get rid Malaysia of corruption and crony capitalism.

However, by letting off his long-time ally in Sarawak – Taib, arguably the richest man in Malaysia – Prime Minister Dr Mahathir Mohamad makes his campaign against his predecessor Najib Abdul Razak look like nothing more than a personal vendetta.

Even the prime minister himself has failed to lead by example, and declare his assets and that of his family.

The constitutional status of the appointed Council of Eminent Persons has already been called into question, especially when its chairperson, Daim Zainuddin, is in a position in which he is able to call up judges and even represent Malaysia in negotiating with China.

Now it has been reported that the Perak government has taken Putrajaya’s lead and established its own State Economic Advisory Council (SEAC), with corporate heads of MK Land Bhd, KL Kepong Bhd and Gamuda Bhd as “eminent advisors”.

There is a gross conflict of interest with such arrangements when these corporate leaders still have interests in the local and international corporate scenes.

It is well known that Daim has corporate and banking interests all over the world. His business interests extend beyond banking to other key sectors of the country’s economy, such as plantations, manufacturing, retailing, property development and construction.

If the Harapan government is prepared to see billions going down the drain with the revived Proton 2.0 project, please don’t tell us there is no money for running local council elections.

It is equally absurd to tell Malaysian Independent Chinese Secondary School graduates that their United Examination Certificate (UEC) can only be recognised in five years’ time.

The UEC certificate went unrecognised by BN for 61 years, even though its efficacy has been internationally proven with thousands of graduates since 1975.

This is a serious breach of promise from Harapan since more than 80 percent of Chinese voters voted for the coalition because of this promised reform.

The only steadfast decision made by the Education Minister so far is the decision that students will have to wear black shoes instead of white ones.

Many lawyers had pointed out that the repeal or review of laws that violate our basic human rights can be expeditiously accomplished within Harapan’s first 100 days.

These include abolishing laws that allow for detention without trial, namely, the Security Offences (Special Measures) Act 2012, Prevention of Crime Act 1959, and the Prevention of Terrorism Act 2015.

It is alarming to hear the law minister Liew Vui Keong say recently that the Harapan government is now reconsidering its initial pledge to abolish several contentious laws including Poca, Sedition Act 1948, Universities and University Colleges Act 1971, Printing Presses and Publications Act 1984 and the National Security Council Act 2016. This is totally unethical backtracking on the manifesto.

The death penalty is a violation of human rights and must be abolished. Meanwhile, there ought to have been an immediate moratorium on all executions pending abolition and commuting the sentences of all persons currently on death row.

The implementation of the Independent Police Complaints & Misconduct Commission (IPCMC) and other recommendations of the Royal Police Commission in 2005 is long overdue to ensure transparency and accountability by the police and other enforcement agencies such as the MACC.

During the 100 days under the Harapan government, we have witnessed the Sedition Act and the Communications and Multimedia Act 2004 still being used against activists, and prevarication on the issue of child marriages.

We have also seen the rule of law being flouted when a minister in the Prime Minister’s Department ordered the removal of portraits of LGBTQ Malaysians from an exhibition in Penang.

Just as alarming is the statement by another minister that cyanide used by gold miners in Bukit Koman is perfectly safe and non-hazardous to people or the environment.

How new is ‘new Malaysia?’

From the failure of the Harapan government to fulfil their election promises in their first 100 days, it is clear that their manifesto was drafted in a slipshod manner in order to secure populist votes.

These include the promises to abolish tolls from the highways within the stipulated time promised, no firm position regarding the PTPTN loan repayments, wavering on the promise to pay 20 percent royalty to oil producing states based on revenue from gross production, the deduction of EPF for housewives, etc.

Within the first year of the Harapan administration, Malaysians expect serious transformational reforms that will reconstitute truly democratic institutions and improve the lives of the 99 percent, especially the B40 Malaysians.

Of the highest priority, we expect urgent initiatives to implement the following key reforms:

The lesson of the first 100 days of the Harapan administration teaches us that, as always, civil society must be ever vigilant to push for these reforms, because the government of the day will drag its feet and renege on their promises every time they have the opportunity to do so.

Harapan’s 100 days of future past

KUA KIA SOONG is the adviser of Suaram.

1 Response to The real reforms we expected in 100 days