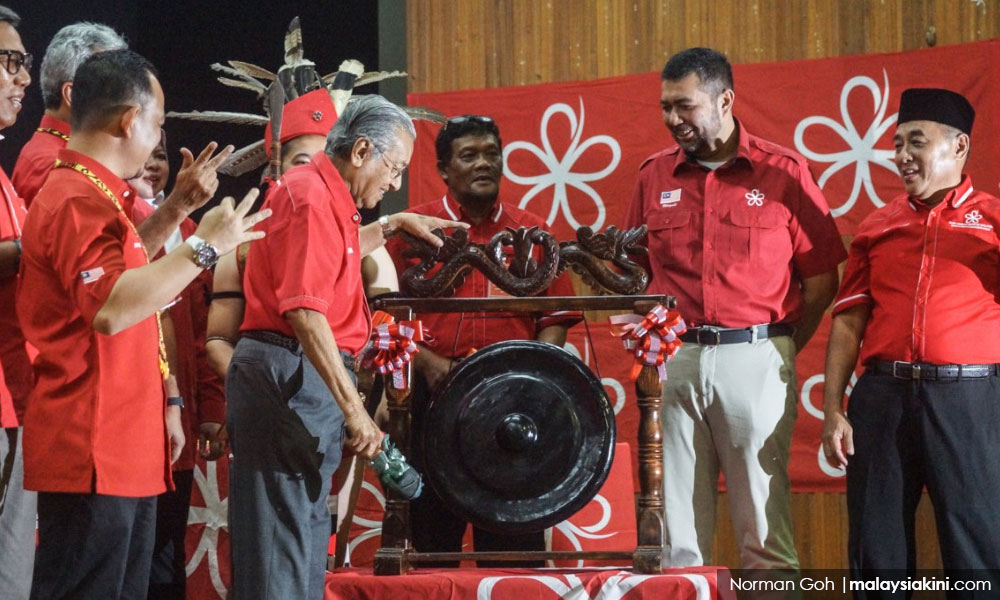 COMMENT | It has been more than a week since Bersatu was launched in Sarawak.

I had waited for some time to obtain feedback and reactions from Sarawakians before penning this article. And sadly for Bersatu, it’s not good news.

Voices from Sarawakians to the party’s foray into the hornbill state have largely been negative.

One key factor – Bersatu is Umno to them and Sarawakians have absolutely no love for Umno. Period.

No, I was not in Bintulu for the Bersatu’s launch on Dec 1 but I heard there was a good crowd.

Well, its chairperson Dr Mahathir Mohamad was the star of the event, and everyone in Bintulu would want to see the grand old man; though not necessarily to hear what he has to say.

A Chinese friend in this cowboy town told me he turned up at the Bintulu Civic Centre that evening with two of his Malay buddies.

“We just came to catch a glimpse of the prime minister. Mahathir has not been to Bintulu for quite some time,” he said.

Asked whether his two Malay buddies had signed up with Bersatu, he replied, “No, they are long-time PBB members and they are the die-hards of their party”.

The new Sarawak Bersatu chapter claimed to have recruited 30,000 members. If that is factually correct, it’s not a bad start.

Then again, a party’s membership base, like age, is just a number. Party loyalty is something else.

Umno has three million members. Where is Umno today? MCA claimed to have 500,000 members. Today, it is left hanging by a thread with a sole parliamentary seat and two state seats. That’s so much we can conclude about membership of political parties.

Well, two Independents won their parliamentary seats in Sarawak on May 9. They have no party, yet they won. How? They have plenty of “bullets” to fire and this is what is needed in this game in rural Sarawak. You need personal resources, the more the merrier.

In my article in July, I have already said my piece about Bersatu’s plan to enter Sarawak. My feeling then was that I was not so sure whether Bersatu or Umno would be welcomed by Sarawakians, but there was nothing to stop them from entering my home state.

Here, let me relate what some of my fellow Sarawakians think of Bersatu’s entry.

In the ‘Sarawak Public Feedback’ Facebook page, a popular forum among Facebook users, Anthony Dylan wrote: “Let me be frank. The entry of Bersatu into Sarawak, though a Pakatan Harapan partner, should never have happened. But it did. Many who supported Harapan in Sarawak would be divided.

“Real change did not come to Sarawak in terms of getting whatever freedom, be it autonomy or even a possible referendum to decide on staying or leaving the federation. It is deeply upsetting that even those who trumpet loyalty to Sarawak are showing the same colour as what it was before with Barisan Nasional.

“It’s only a reversal of roles for the characters in play but the whole movie is the same. Bersatu, by its very name is an ethnic party like PBB.

“Let us not forget who sent Umno to Sabah. Was it not Mahathir who sent Anwar Ibrahim to Sabah to convert Usno (United Sabah National Organisation) into Umno. Look what happened? I am not saying it’s going to be the same. But there is a feeling of déjà vu”.

I think Anthony’s reminder about the entry of Umno into Sabah in the early 90s is timely. Sabahans could never forgive those who initiated “Project IC”, where illegal immigrants became citizens overnight in order to bolster Umno’s strength and power.

While we do not expect a repeat of “Project IC” in Sarawak, Bersatu’s entry is nonetheless viewed with suspicion.

Sarawakians, in general, have always been wary of Malay-based parties from Peninsular Malaysia, such as Umno and now, Bersatu.

Interestingly, Sarawak has taken over Sabah’s role and is now the recipient of this “racist” party from the peninsula. (Even Mahathir has conceded that Bersatu is a racist party.)

With Warisan, a Harapan ally in charge in Sabah, Bersatu has announced that there is no necessity for the party’s presence in the state. Hence, its focus on Sarawak.

Mahathir and long-time PBB president Taib Mahmud had a tacit understanding that Umno would not come to Sarawak as long as PBB was in charge.

Now that PBB is no longer part of the federal government, it must be Bersatu’s hope and wish to represent the interests of Sarawak Malays.

But there is resistance.

A retired PBB leader, now in his late 70s, and who requested anonymity, shared his thoughts with me: “Malays in Sarawak are different from those in the peninsula. Here, we do not talk about Malay rights and this is a fact. We consider ourselves very fortunate in Sarawak already, as we are not even the majority race. We have Islam as the state religion. What more do we want or expect?”

“Bersatu is a Malay party. No matter how it tries to accommodate people of other races or religions, it has declared that non-Malay/Muslim members do not have the same rights in Bersatu. How can you expect others to accept such a party?

“PBB is different. Dayak leaders in the Pesaka wing who are non-Muslims have the same rights in the party. All have equal status. This is how a Sarawak party works – all members are entitled to that same one vote”.

I believe he speaks for the majority of Sarawak Malays. The Malays who are unhappy with PBB would surely opt for PKR or other multi-racial parties.

Commenting on Bersatu’s entry, Iban activist Peter John Jaban (above) was quoted by The Malaysian Insight saying that “the federal government, via Bersatu, can talk all they want about developing Sarawak but we know those are just comments to make Sarawakians feel good”.

Jaban said that for Putrajaya to be taken seriously, the federal government must go back to MA63 (Malaysia Agreement 1963) and reinstate what was rightfully Sarawak’s.

There you have it – the negative voices from Sarawak on Bersatu’s foray into my homeland. 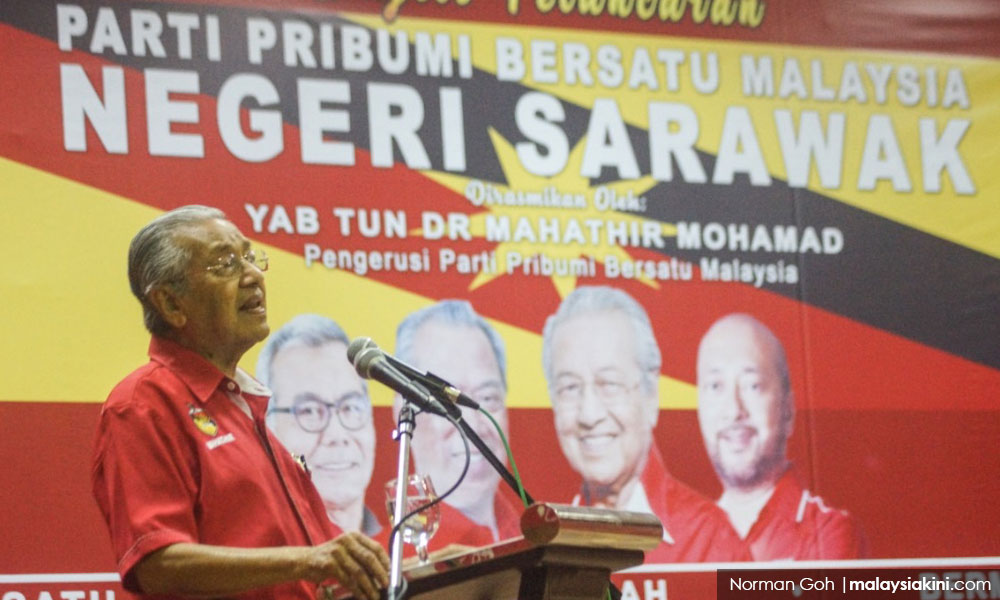 After Mahathir and Bersatu president Muhyiddin Yassin fade away from the party, I do not see any second echelon from the current crop of leaders with the same vigour and charisma that can hold the party to the same status it has today.

As for Sarawak Bersatu, up till this day, I do not even know who the key leaders in the state are.