Will Baru Bian be ousted as Sarawak PKR chief? 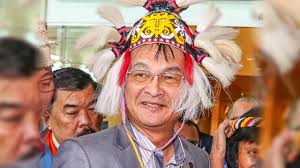 COMMENT | It seems that since Works Minister Baru Bian’s snubbing of the recent national PKR congress, his political star has started to dim. Things have not been as smooth for him as he would wish them to be.

Call him a victim of the bruising party elections if you wish, but it was his decision to take sides in the Mohamed Azmin Ali-Rafizi Ramli tussle for the party’s deputy presidency. It was his decision and his alone; no one forced his hand.

Baru and his supporters in Sarawak PKR decided to join the Azmin camp. And they were successful in a way – Azmin won by a small margin in Sarawak.

However, the aftermath of the national PKR elections could turn out differently for Baru, the current Sarawak PKR chief.

Come Friday Dec 14, will Baru be ousted as the Sarawak PKR chairperson? That’s an interesting question which many are asking.

And the answer, to borrow a popular saying, is: “In politics, everything is possible and nothing is impossible”.

PKR president Anwar Ibrahim (photo) will be in Kuching to officiate the Sarawak PKR meeting on Friday. And strangely enough, Baru informed his supporters via WhatsApp a few days ago that he would not be present at the meeting. 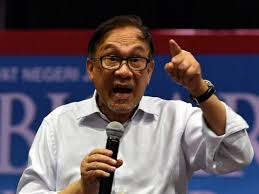 (Apparently, Baru did not learn his lesson after being ticked off by Anwar for his conspicuous absence at the national congress. You snub Anwar once, he will say, “You are forgiven, let’s move on”. You snub your party president a second time, you must either be the greatest of heroes or you are a bloody fool, digging your political grave.)

According to a supporter who received Baru’s message, the incumbent state chief said that since Anwar has informed him that there will be no challenge for the Sarawak PKR chairperson’s post, he would not be attending Friday’s meeting.

This is probably true. Anwar could have told Baru that he did not hear of any challenge for the top post. But there is nothing to stop other PKR members in Sarawak from putting up a candidate to challenge Baru.

Even as the party president, Anwar has no power to stop anyone from challenging Baru. Sarawak PKR has been given autonomy to decide on such matters. The party president is allowed to appoint state party chairmen in the peninsular states but not in Sarawak and Sabah.

So, will Baru be challenged for the Sarawak PKR chairperson’s post?

No one would be surprised if there is a challenger. This is politics after all. There are two known camps in Sarawak PKR, and Baru is not expected to be given a free ride. 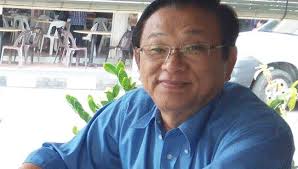 However, it has been reliably learnt that Baru’s opponents in Sarawak will be fielding a surprise challenger. Miri MP Dr Michael Teo (photo) is expected to take on Baru.

Why is this a surprise? Everyone expected Julau MP Larry Sng to go for the state chairperson’s post. After all, he had been deemed a “troublemaker” for supporting Rafizi. The Julau membership fiasco is still fresh in the minds of many.

But Sng (photo) has wisely declared weeks ago that he would not contest for the Sarawak PKR top post. His reasons: he is still new in PKR and he will stir more controversies if he becomes the state PKR chief. Wise move, young man!

Teo is an old warrior in Sarawak PKR and is the two-term Miri MP. He is also a known Anwar loyalist. Unlike Sng, few will have an axe to grind with Teo if he is elected as the state party chief.

It is believed that Teo has become increasingly uncomfortable with Baru’s leadership of the state PKR. A Miri PKR supporter of Teo told me that Teo felt he was being ‘bullied’ by Baru on many occasions. The supporter added that the last straw came when Teo heard of moves within Baru’s circle to drop him as a candidate for the Miri seat in GE14.

Teo has also confirmed he is keen to contest the state chairperson’s post. He has relayed his interest to his supporters via WhatsApp since Monday.

For Teo – a private medical practitioner and a known quiet and unassuming politician who is probably more at home with his constituents in Miri than speaking in Parliament – to throw his hat into the ring comes as a big surprise.

Perhaps, it is his way of telling Baru: “Enough of your bullying, enough of your stale and direction-less leadership”.

Meanwhile, a senior PKR leader in Kuala Lumpur shared his thoughts with me. “Baru has been the Sarawak PKR chairman for three terms. In that many years, it’s the same three assemblymen (including himself) we have in Sarawak. No improvement in the party’s representation in the state legislative assembly. Perhaps a change in the state leadership will do the party some good”. 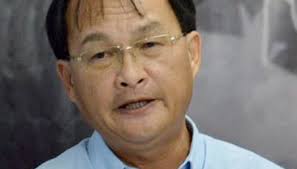 He also felt that Baru was holding too many official posts, and letting go of the Sarawak PKR chairperson’s post would enable him to concentrate on his ministerial duties as well as that of a state assemblyperson and MP. Baru is the state assemblyperson for Ba’Kelalan and MP for Selangau.

Friday’s meeting at the Kuching Hilton will see a total of 29 division chiefs choosing their state chairperson and members of the state committee.

In such times of intense infighting within political parties in power, I would not be surprised at all to see a change of leadership in Sarawak PKR.