COMMENT Like many of you, I have been keeping watch over our politicians, the newly elected lawmakers in particular.

And of course, like many of you too, the performances of our new cabinet members is also on my radar. Ministers are in the top echelon of a government and their decisions count. One wrong move on their part could spell disaster for a large segment of the citizenry.

I’m not sure whether all the ministers, especially the newbies, are aware of how important their job is or of the weight and seriousness of what they say.

I like to think that most of us who are concerned with what’s going on have generally been quite fair in our views, including our criticisms, on our ministers. Admittedly, some went overboard in their critiques at times.

“Even angels erred”, as Dr Mahathir Mohamad said. Yes, we give our new ministers chances to make amends for their mistakes. While most of us have been very tolerant, there will come a time when we have to put our foot down and tell them that “Enough is enough”.

Education Minister Maszlee Malik is one cabinet member who has come under flak since his appointment. And I have always sympathised with him.

Poor Maszlee! He has been receiving backlash over his many policy pronouncements, particularly over mandatory black school shoes and socks and the use of hotel pools for swimming lessons. 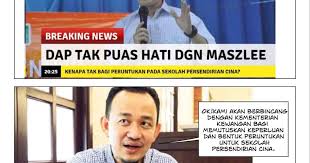 While I do not totally agree with the minister’s policies on such matters, I still find them tolerable.

“Why? Black socks, black shoes. Small matter, no big deal. Even if Maszlee issues a directive that inner garments for students must also be black, I would still find that tolerable.

Oh, Maszlee’s favourite colour must be black. He must be a great fan of the Black Panthers sepak takraw team, obviously not a Red Devils fan. Let him enjoy and have his one fancy as a minister. That’s okay lah!

Let me be honest. I do not know Maszlee personally and I have never met him. To me, he is virtually unknown until he joined Mahathir in Bersatu, contested in GE14 and appointed a minister.

I had merely observed quietly in the past when he was ticked off many times by his critiques, with some even requesting that the minister be sacked.

So what is my “beef” with the education minister now?

Over the past few days, I have received multiple times on my mobile the video of Maszlee of his recent parliamentary speech, appealing to the ustaz and ustazah from Kelantan, Terengganu and Kedah who are teaching in Sabah and Sarawak to remain in the two East Malaysian states to spread Islam. To make Sarawak and Sabah their “medan dakwah”, he said.

(In English, medan dakwah means propaganda field. It can also be described as battleground in this context.)

The minister was responding to a question from Tuan Ibrahim Tuan Man (PAS-Kubang Kerian) who had asked him to train more Sabah and Sarawak Islamic Studies teachers, by increasing the number of local religious schools.

Maszlee then acknowledged that there was a ‘critical’ shortage of religious teachers in Sabah and Sarawak, and that he had asked existing teachers from Kelantan, Terengganu and Kedah who are teaching in Borneo schools to stay on for the time being.

The Maszlee video was followed by a letter written by activist lawyer Siti Kassim to Mahathir, asking the prime minister to remove his education minister for yet another “big blunder”.

In her strongly-worded missive, Siti wrote:  “What do we have here? An evangelist cabinet minister who is entrusted to educate our children but have the stupidity and tenacity to advocate evangelism by civil servant teachers in Sabah and Sarawak. 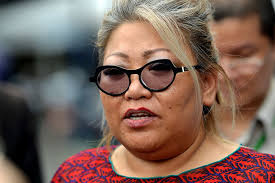 “Maszlee is not fit to be a minister. Please kick him out of the cabinet. There are so many negative feedback about him already. He is now telling the ustaz and ustazah to make Sabah and Sarawak their battleground for Islamisation and Islamic evangelism. And this is in Parliament.

“Do we not have enough of Islamisation (unfriendly version, mind you) promoted and manipulated by political parties as it is? He is supposed to look at our education objectively.

“Is it any wonder our young Malays are unable to think rationally? Becoming more and more extreme and intend to implement everything in their minds as purportedly Islamic. Enough is enough”, she concluded.

I’m glad Siti is a Muslim. She speaks on my behalf and that of many of my fellow Sarawakians too, I’m sure. If I, a Christian, were to write or talk like Siti, I would probably be ‘skinned alive’ by readers here.

The video does not lie. Maszlee said what he said about Islamic evangelism in Sabah and Sarawak – the medan dakwah in Borneo.

I am a Sarawakian, so let me reveal to Maszlee some bare truths about this Islamic evangelism that has been going on in my home state, in case he is not aware.

Coerced conversion is very disturbing to us, Sarawakians. People should be allowed to choose and practice the faith of their choice voluntarily. No one should be coerced or forced to embrace any religion against their will. This is wrong. This is not part of our way of life in Sarawak.

And Maszlee, why must the ustaz and ustazah be from Kelantan, Terengganu and Kedah? I’m sure that given the opportunity, Sarawakians are just as capable to become qualified ustaz and ustazah.

Once they have been trained, let these Sarawakian teachers lead in religious education within their own home land. They have a better understanding of the cultures and traditions among our multi-religious Sarawakians.

Maszlee, how much do you know about the Malays in Sarawak or Islam as practiced in the hornbill state?

Let me recap this para from a previous article I’ve written here: “A retired PBB leader, now in his late 70s, and who requested anonymity, shared his thoughts with me: Malays in Sarawak are different from those in the peninsula. Here, we do not talk about Malay rights and this is a fact. We consider ourselves very fortunate in Sarawak already, as we are not even the majority race. We have Islam as the state religion. What more do we want or expect?”

Maszlee, are you aware that this coerced conversion has been discussed and debated within the Sarawak cabinet? A state minister has informed me that proselytization has been a thorny issue among his cabinet colleagues.

Do you know that Sarawakians are now bringing back their once popular and highly regarded Christian mission schools? They have returned as private schools and do you know that their enrolments are very high, with even Malay students opting to enter such schools.

Maszlee, do you bother to obtain feedback from your Harapan colleagues in Sarawak on what’s really going on on matters of education in Sarawak?

If you haven’t done your homework on Sarawak or Sabah, then I suggest you do not shoot off your hip like a trigger-happy gunslinger from the wild wild West. You are no John Wayne or Clint Eastwood who were always on target, albeit only on the silver screen. You will never hit the bull’s-eye from the way you have been operating so far.

I won’t do a Siti Kassim on you and write to the prime minister, asking him to fire you. I do not know you at all and I think it’s only fair that I accord you that little respect as a minister. 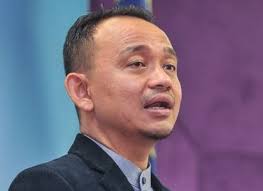 But seriously Maszlee, perhaps it’s time to take a hike. There are certain things in life a man must honourably concede.

Being a minister is not the job for you. You should know that by now. Mahathir must have sized you up well in private. You know what he has told you about your performance.

So do the honourable thing, Maszlee. Lift this pain and burden off your shoulders. It will do you good.

After that, you could ask for the job of IIUM chairman back since you wanted it badly in the past. Then, IIUM could be your “medan dakwah” – not my beloved Sarawak.