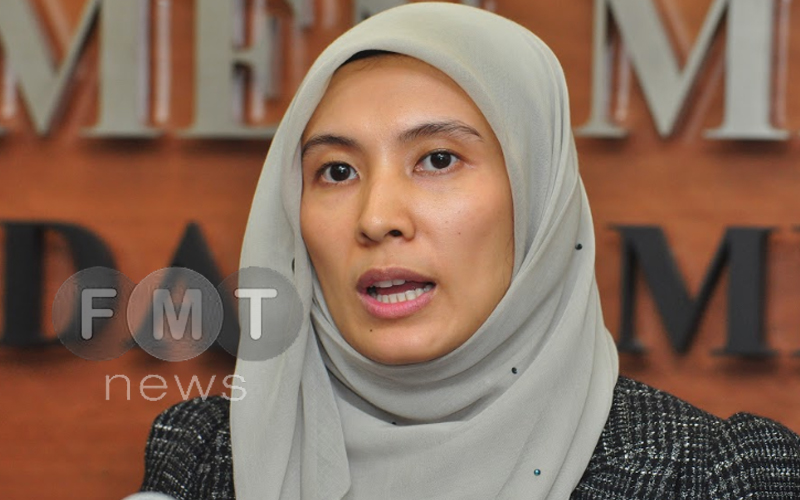 KUCHING Nurul Izzah Anwar’s decision to resign from all posts in the PKR and government yesterday has also triggered shock waves among her supporters in Sarawak.

And they wanted her to retract her resignation and continue as the party’s vice-president, declaring their support for her leadership.

So far, nine PKR divisions and their leaders in Sarawak have stepped out openly to voice their concerns over Nurul’s resignation, as well as their support for her.

In a statement today, they advised Nurul to re-consider her decision as she was badly needed in the party, especially so now that PKR has a very important role in the new Pakatan Harapan (PH) government.

“We ask her to retract her resignation as we fully support her leadership as the vice-president of the party. She is a vital cog in the party and government as PH now moves forward in serving the interests of all Malaysians.

“A lot of work lies ahead and Nurul is an asset which PKR cannot afford to lose. In a way, she is indispensable at this point in the party’s and nation’s history. We salute her as a reformist and a fighter.

“Nurul has been an inspiration to the youth right from the Reformasi era 20 years ago. She now has the experience and stature as a political leader after having been a Member of Parliament for three terms. She should stay on as a top PKR leader,” they said.

The group also agreed with the statement by PKR’s Setiawangsa MP Nik Nazmi Nik Ahmad who described Nurul as minister-material.

Nazmi told the media yesterday that “as an old friend, I have seen the huge personal price Nurul paid because of the struggle.

“She has proved herself as a capable vice-president, securing the highest number of votes in three consecutive elections and becoming an MP for three terms,” he said.

In a media statement yesterday, Nurul announced her resignation as PKR vice-president and also said that she would relinquish her post as Penang PKR chief and would no longer serve the government in any capacity.