Sorry, Dr M, you don’t speak for Sarawak this time

COMMENT The times when I disagree with the decisions made by Dr Mahathir Mohamad, I am duly mindful that I have to accord him due respect if I wish to confront him, both in speaking and writing.

So I will do so again in this article, for our prime minister is revered as a great Malaysian statesman both at home and internationally. More importantly, Mahathir is also old enough to be my father although my late dad is five years older than him. He would have been 98 if he was still around today. So, let me respect the elders.

The issue I have with Mahathir today is his constant remarks about barring Israeli swimmers from taking part in the World Para Swimming Championships in Kuching.

The prime minister has been harping on the subject this past week. Today, he did it again in Cameron Highlands, taking a stab against former premier Najib Razak by comparing him to a “crook” like Israel.

I thought that was quite an unfair jab at a political rival and I’m not sure whether that is excusable just because it was said on the ceremah circuit in the heat of an election campaign.

However, let’s leave politics aside for now.

I have been observing closely as the Israeli ban event unfolds this past week and have made careful assessment of the comments from both sides – those against and for barring the Israelis from entering the country.

What I surmise from my observation is that unfortunately, it’s all about a certain religion. The issue has nothing to do with sports – nothing whatsoever!

This is where Sarawak comes in. And this is my issue with Mahathir and Putrajaya. On this score, let me repeat that I stand totally in disagreement with my prime minister.

Mahathir has described Israel as a “rogue nation”. The United States and China are also rogue nations with questionable human rights record. Germany and Japan were also rogue nations. How could we forget their world war adventures? But Mahathir once told us to “Look East” and emulate the Japanese.

If we were to keep on harping and arguing on that point, there will be no perfect nation left on this planet, except Malaysia!

This morning, I was compelled to issue a statement as the leader of the Movement for Change, Sarawak (MoCS) and take the stand of the majority of Sarawakians up another level. 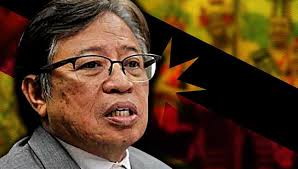 This full text explains my opposition to Putrajaya’s stand: “MoCS wishes to appeal to the Chief Minister of Sarawak, Abang Johari Openg, to allow the Israeli swimmers to participate in the upcoming World Para Swimming Championships in Kuching.

Sarawak will host the event from July 29 to August 4.

This is an international sports event and swimmers from around the world who qualified should not be barred. All should be allowed to enter Sarawak and represent their respective nations accordingly.

If Putrajaya continues to insist that Israeli athletes be barred, despite the waves of protests both at home and abroad, then Sarawak could exercise its immigration autonomy and allow the Israelis in.

It has already been suggested that the athletes from Israel could enter Sarawak from other points of entry other than Kuala Lumpur.

But MoCS hopes that we do not have to go down that road.

If Putrajaya wants Sarawak to host the event, then let us decide what to do and make our own decisions, including those on diplomatic relations with other nations.

Lest we forget, Sarawak is a separate entity and not merely one of the 13 states. And remember too, Sarawak has autonomy over immigration.

Sarawakians have nothing against the Jews or Palestinians and we do not wish to involve the Middle-East conflict in this sports event.

Because Malaysia is on the side of Palestine and has no diplomatic ties with Israel, Israeli swimmers are not allowed to participate in the championships in Sarawak. What do the Palestinians and their struggle have anything to do with a swimming event, or with Sarawak for that matter?

The people of Sarawak and its leaders have proclaimed to the world that race and religion have never been an issue in our land of the hornbills.

Now is the time for our chief minister and all Sarawakians to put that proud declaration to the test.

“We welcome the Israeli swimmers to our homeland. Putrajaya has no moral right to decide that for Sarawak”, my statement concluded.

Malaysia boycotted the 1980 Moscow Olympics because of the Soviet Union invasion of Afghanistan. Moscow never barred us. We should now boycott all the international sports events in the US because the Americans invaded Iraq in 2003.

Is boycotting this and banning that a trendy and fashionable ‘sports event’ in Malaysia today? It does make me wonder at times.

I’m sure Sarawak star diver Pandelela Rinong would warmly welcome the Israeli swimmers to the aquatic centre in Kuching which is named after her. The para championships will be held there. 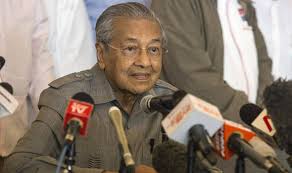 No, I don’t speak for Pandelela nor do I speak for all of my fellow Sarawakians on this issue.

But I think I can safely tell our dear prime minister this today: Sorry, Dr Mahathir, you don’t speak for Sarawak this time.

7 Responses to Sorry, Dr M, you don’t speak for Sarawak this time